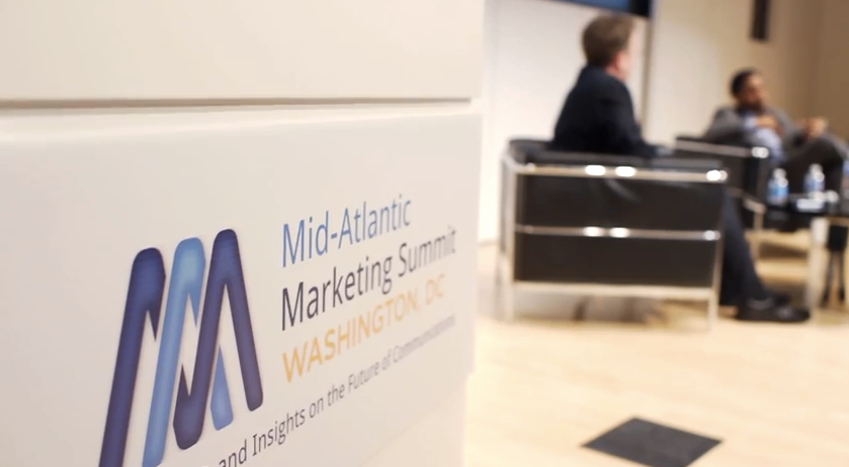 The 2014 Mid-Atlantic Marketing Summit is over – yet again an informative affair in a beautiful setting (the USA Today/Gannett headquarters in Tysons Corner, Virginia), and once again washed with springtime sunlight.

Here are three key points I took away from this year’s Summit:

While new-fangled social and digital media channels can and should be used to create new relationships and opportunities for businesses, it’s not like everyone’s business didn’t exist before the Internet became super-charged through social media and mobile technologies. In other words, these new technologies allow us to solve the same marketing and customer service and retention challenges of the past, but with more fire power and sophistication.

Sean Murphy, EVP of e-Commerce at CustomInk emphasized this in the “Eight Untrends” he shared with attendees. Quoting Amazon CEO Jeff Bezos, Sean said: “Base your strategy on things that won’t change.” For Amazon, customers’ desire for quick delivery wasn’t born yesterday, and the introduction of Amazon’s new “Prime” service addressed an old problem.

In the same way, businesses should be using digital channels to help amplify their existing marketing: tracking customer trends and feedback, delivering useful content, and nurturing existing client relationships. Standing on the sidelines of the digital engagement game actually impedes the ability to solve business problems.

For example, a good hamburger hasn’t changed much, but as Susan Ganeshan, CMO of newBrandAnalytics, explained, tracking social analytics helped nBA show their client Five Guys Burgers that the bun recipe that worked for the successful burger chain in the Eastern United States wasn’t cut out for the Western U.S., where longer transport distances mandated a reworked recipe from their baker. There you go: social analytics improves hamburger bun recipes and customer satisfaction in important new markets.

2. Passivity = Leaving Money on the Table

Most veteran businesses are healthy, going concerns. But by not embracing social channels – and thereby supposedly playing it safe – many companies are leaving money on the table.

Jennifer LaFrance, McCormick & Company’s Director of Digital Communications, presented an entertaining case study about McCormick’s deep dive into digital engagement with their customers. Her company’s foray into social channels such as Facebook uncovered a wealth of existing customers who were already enthusiastic about the art and pastime of grilling but who were delighted to help the company promote the brand. And, attendees learned the market’s favorite viande to grill: ribs!

Who knew that video commercials about Old Bay seasoning could bring people to nostalgic tears and encourage others to dig out decades-old family photographs to share on McCormick’s social networks? McCormick’s recipe for success included:

The result for McCormick? Deeper engagement with their target market and increased sales.

I’ve been to enough marketing conferences to know that marketers get jazzed up about the cutting-edge tools and techniques that are shared at these events. It’s like being a kid in a candy store. From that point of view, Mike Tirone of R2integrated summed up the new marketing landscape perfectly: “Marketing has changed more in the past 2 years than in the last 50.” It’s an exiting time to be in marketing.

And yet, a common refrain I’ve heard of late – including at the #MAMSummit – is that using new social and digital tools is, in the end, just plain old marketing. Stacey Piper, VP of Federal Marketing at ICF International, stated in the morning’s plenary panel discussion that one of her three key methods of attempting to integrate new social business practices into her marketing is to “translate” marketing-speak into lay terms for those who are not on the cutting edge of the marketing field. Or my translation of her statement: If management and others understand that the innovations you are trying to implement are simply tried and true marketing practices, then they’ll be more likely to support new initiatives.

And yet, in the same panel discussion, we were reminded of an even more fundamental rule for good marketing. As Juli Zeffert, VP of Marketing & Communications at Iron Bow Technologies, put it: digital/social progress is built on trust within the organization.

What’s better than trust? Marc Hausman, President and CEO, Strategic Communications Group and the leader of the morning panel, added a sixth rule to his five rules for how to drive sales in a meaningful way:  Keep It Real. Marc, who does stand-up comedy in his free time, was entertaining and lively. While he could crack a fantastic joke, he shared a tear-jerker of a story in which he decided to coach his son’s Little League baseball game rather than bow to the demand by a huge software company for a business meeting at the same time as the ball game. He put his family first.

The result? Well, he never heard back from that potentially huge client. On the other hand, he experienced a touching moment with his son on the baseball diamond that they’ll both remember the rest of their lives. Not only that, but another business opportunity came to him as a result of putting his son first in his life. I think Earl from the “My Name’s Earl” TV show would call that karma. Good karma. 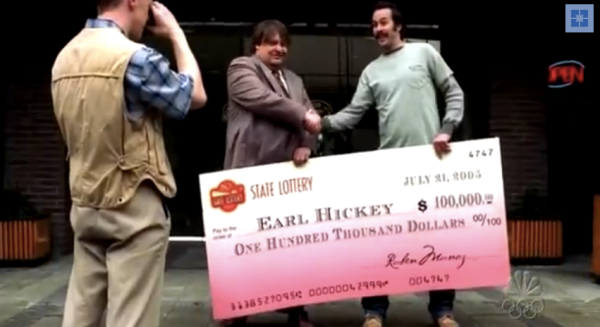