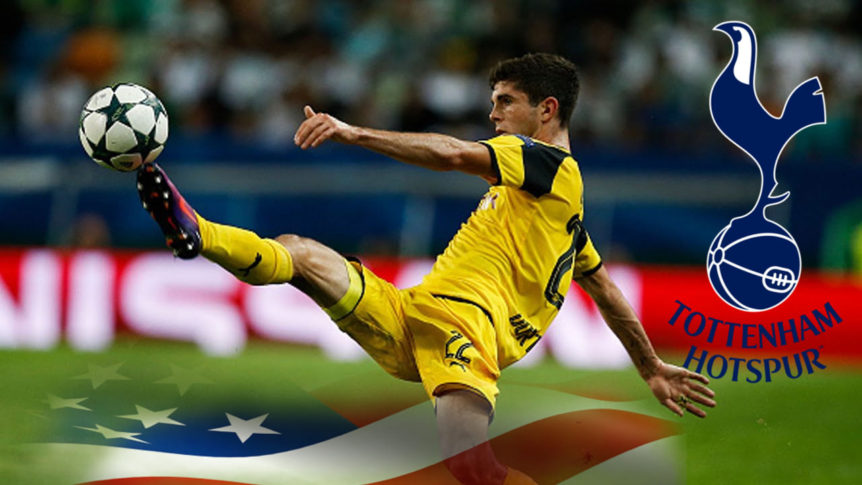 This summer’s transfer window is known for one thing generally: the inflated prices of some player transfers. From £50+ million for Kyle Walker to possibly £197 million for Neymar, the market is crazy.

But for supporters of Tottenham Hotspur Football Club, this window is unique for one glaring reason: unlike every other team in the Premier League, Spurs have spent nothing yet on new players.

But they will. Even manager Mauricio Pochettino said so this week.

So when Spurs splash the cash, they should sign Christian Pulisic – the attacking midfielder for Borussia Dortmund (BVB) and a US Men’s National Team player.

Every team needs vibrant attacking midfielders. Spurs are no different, especially with Erik Lamela still rehabbing from a nagging hip problem and surgery, and Son Heung-Min recovering from a broken arm. So far, recent player acquisitions like Georges-Kevin N’koudou and Clinton N’Jie, both purchased from French clubs, have not fulfilled the expectations of the club. 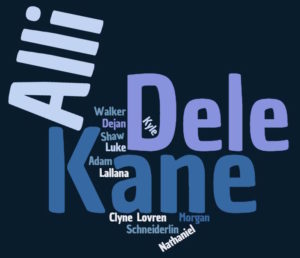 What Spurs have proven so far is that teenagers put under the footballing guidance of Mauricio Pochettino rise fast. In less than two seasons as manager of Southampton Football Club, Pochettino brought along a posse of players who were sold for a combined £132 million after he left for Spurs. Players like Morgan Schneiderlin, Nathaniel Clyne, Luke Shaw, Adam Lallana, and Dejan Lovren.

At Spurs, Pochettino has nurtured Dele Alli, Eric Dier, Kyle Walker, Danny Rose, Harry Kane, and Harry Winks into players who now play regularly for the England national team. One of the ingredients of Pochettino’s success is taking players on while they are still young. As Poch himself told one of his veteran players, midfielder Moussa Dembele:

If we had taken you at eighteen or nineteen years old, you would have become one of the best players in the world.

Pulisic turns 19 on September 18, 2017 – a perfect pupil for Pochettino to cultivate. Besides, they would get a player who has played out of his comfort zone – in a foreign country. This is something I wrote about previously in saying that more England players should play overseas if they ever want to win major tournaments.

One of Spurs Chairman Daniel Levy’s working principles? Buy low, sell high. He’s done it over and over. 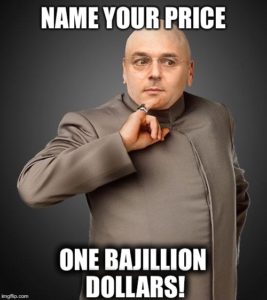 And yet one senses that reputation is coming to an end, even though Levy still aims to make a big profit on his players. Capital gains is where it’s at, but this summer, when selling Kyle Walker, one senses that Spurs won’t suffer in terms of player personnel like they did with sales in years past. The club believe that Kieran Trippier is more than able to replace Walker, and that Walker’s shelf life will near its end faster than the younger Trippier’s.

All this to say that, at still only 18 years old (19 in September), Pulisic fits the model. Bring him on board now, and if he wants to leave in 5 or 6 years, go right ahead and sell him to a team flush with oil money. In the meantime, Poch and Levy will line up other youngsters with potential, whether from the academy or via a Dele Alli-style purchase.

All the Premier League clubs like to tour the United States in the summer. While not all of them do, even the mid- to lower-tier clubs occasionally make the trip, and this is all about market share. If conquering America was good enough for (the bottom line of) the Beatles and Rolling Stones, then it’s good enough for the EPL. 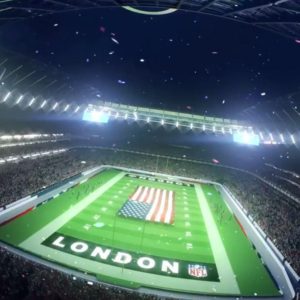 It’s clear that Spurs have been making an investment in America, with numerous tours of the USA in the last few years, including playing MLS in the MLS All-Star Game and playing against European clubs from Coast to Coast.

Not only that, but Spurs’ tie up with the NFL is intriguing. Arsenal, that other club “from” North London, went through a lean period in the last decade in terms of being able to sign top-dollar players due to the need to pay off the construction of their new Emirates Stadium, which opened in 2006.

Daniel Levy has maintained that he won’t need to finance Spurs’ new stadium through parsimony and reduced player acquisition budgets. Part of the reason for that, one must think, is that he is coming up with unique ways to finance the stadium, including the purported $10 million-per-year partnership with the NFL to play at least two NFL games each year at the new stadium. Along with that money comes increased exposure for the Spurs brand across the Atlantic – very smart marketing sense.

So why not take that marketing to the player level? Spurs undoubtedly gained a few American fans when Clint Dempsey played for the side a few years ago, memorably scoring the winning goal for Spurs at Old Trafford and ending a 23-year losing streak against Manchester United.

Need evidence? Here are LA Spurs celebrating that famous goal. Let me tell you, LA Spurs sometimes need to be at the bar by 4:30 am to see a Spurs game live. If you’re ever in Los Angeles, I recommend the experience.

Dempsey is now a Seattle Sounder, leaving Cameron Carter-Vickers as the only American in the side. While CCV is touted as a future star, he is yet to reach his potential. So why not Christian Pulisic? Pulisic has played in nearly 40 games for Borussia Dortmund, one of the best sides in the Bundesliga. He has also played in numerous Champions League games, assisting in a memorable draw away to Real Madrid, and even scoring.

He’s also as All-America as they come, having largely grown up in Hershey, Pennsylvania (capital of the American chocolate world), played soccer in Michigan, with parents who played college soccer in the Washington, DC region. But it is his performances on the field that have been gaining him rave reviews in the press.

With that potential, Pulisic has huge potential marketing value, with room to grow that serves up just the kind of “capital gain” that Daniel Levy loves. With just over 100,000 Twitter followers, for example, one could see Pulisic’s following rise within a few years to ten times that amount, especially with Premier League football becoming increasingly popular. With numerous articles like this one touting Pulisic as the future of the US Men’s National Team, one could easily see him gaining over a million followers, like Landon Donovan.

So, how about it Daniel Levy? If we could invest £30 million in Moussa Sissoko, surely £40 million for a rising star with built-in business and marketing value makes sense.